Education is the process of facilitating learning, or the acquisition of knowledge, skills, values, beliefs, and habits. Educational methods include teaching, training, storytelling, discussion, and directed research.

As we can see according to Wikipedia education is a process of learning. This is pretty good for now. And all of us have this gift of education but what about those children they are suffering for primary education. We know these days education is the primary key to survive in this so-called word.

Many of the best high schools in the world are private and have tuition rates that are comparable to those of Ivy League schools. But another side, there are nations with poor educational systems. This notion could be due to internal conflict, economic problems, or underfunded programs. Some of the world’s worst educational systems.

As you noticed in the diagram above there is a huge gap between some countries. Some countries like Burma, Central African Republic, Dominican Republic, Equatorial Guinea, Georgia, Liberia, Libya, Monaco, Pakistan, Sri Lanka, and Zambia are still in dark. This is only row data but when we compare the literacy rate in these countries’ situations are more critical.

“Open Educational Resources are teaching, learning and research materials in any medium – digital or otherwise – that reside in the public domain or have been released under an open license that permits no-cost access, use, adaptation and redistribution by others with no or limited restrictions”.

The new definition explicitly states that OER can include both digital and non-digital resources. Also, it lists several types of use that OER permit, inspired by 5R activities of OER. 5R activities/permissions were proposed by David Wiley, which include:

Now Open education has been called the biggest change in the way people learn since the printing press. Despite favourable studies on effectiveness, many people may still desire to choose traditional campus education for social and cultural reasons. Many open universities are working to have the ability to offer students standardized testing and traditional degrees and credentials.

Many large university institutions are now starting to offer free or almost free full courses such as Harvard, MIT and Berkeley teaming up to form edX. Other universities offering open education are prestigious private universities such as Stanford, Princeton, Duke, Johns Hopkins, the University of Pennylvania, and Caltech, as well as notable public universities including Tsinghua, Peking, Edinburgh, University of Michigan, and University of Virginia. 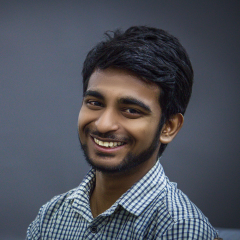 View all posts by Praveen Pal
Skip back to main navigation

This site uses Akismet to reduce spam. Learn how your comment data is processed.